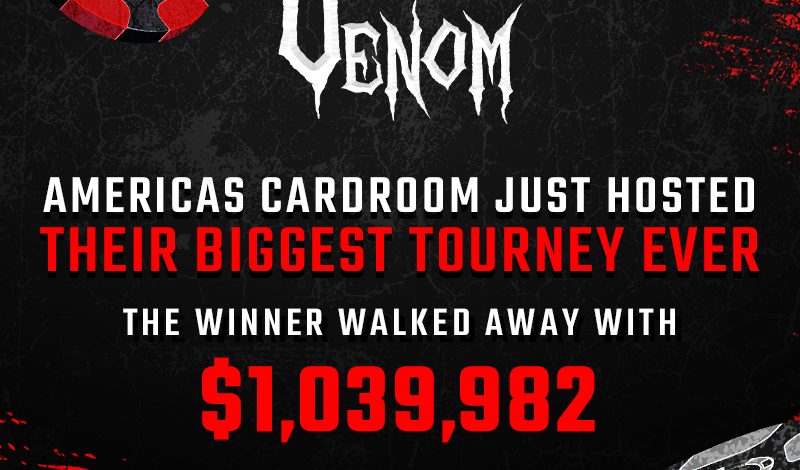 If you like online poker even a little, you’ve probably noticed that 2019 has been a great year for gaming, especially at Americas Cardroom.  The US-facing poker site pulled off the unthinkable with their $5 Million Venom tournament in July.  In case you missed it, the first-place prize was a whopping $1,050,559.50.  That just so happens to be the largest online poker jackpot ever awarded.

What’s even more impressive is that Americas Cardroom raised the stakes with a $6 Million Venom tournament, which just wrapped up. 2696 players logged on to compete for the $6,740,000 final prize pool.  Online poker player galodoido13 prevailed to win $1,039,982.

If you’re just hearing about the Venom now, we’re a little bit shocked.  It’s garnered a lot of press for all the obvious reasons.  And speaking of press, the poker world is already buzzing about the next Venom.  You see, Americas Cardroom has just committed to hosting a big Venom tournament every six months.  The next one gets underway in June 2020, which is closer than you might think.

The Venom offers more than a colossal prize pool and seven-figure payday.  It’s also highly innovative.  If you’ve never played in a Venom tournament, you’ll love the multiday tournament, which features several Day 1 options.  There are always lots of ways to enter, too.  Buy in directly for $2,650 or win your spot in the tournament for pennies by taking advantage of satellites, step tournaments, and cyclones.

It’s not too early to start thinking about the next Venom.  Don’t forget to use signup bonu$ code: Poker247 when registering your new account! 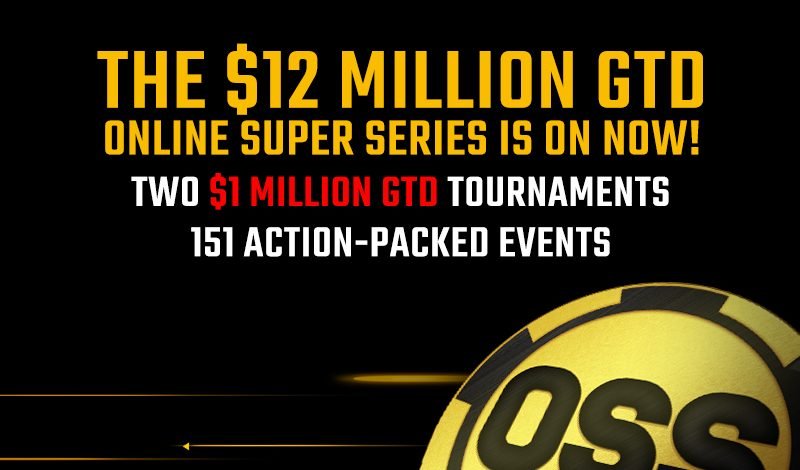 We’ve now reached December which means soon you will be giving lots of presents and hopefully opening a few of your own! With so many exciting things on tap, we don’t want you to forget about the great remaining action this year at US-facing Americas Cardroom.

Their Online Super Series (OSS) started November 20th and will conclude on Sunday, December 15th. If you don’t know, this is their flagship series that is designed for all players, from the beginner to the seasoned veteran.

The OSS has $12 Million in guaranteed prize pools over 151 tourneys. And satellites are available for all major events.

Even better news is that the two biggest OSS tourneys are still to come. They are the $1 Million guaranteed Main Events. Here’s the schedule:

You should pay special attention to the second of the $1 Million Main Events listed. That’s because it has 13 Day 1 options that feed players to Day 2 on Sunday, December 15th. Head to Americas Cardroom now to see all the remaining Day 1 options and then choose one (or more).

Even the Grinch himself is upbeat about the Online Super Series! For all the details, click here. 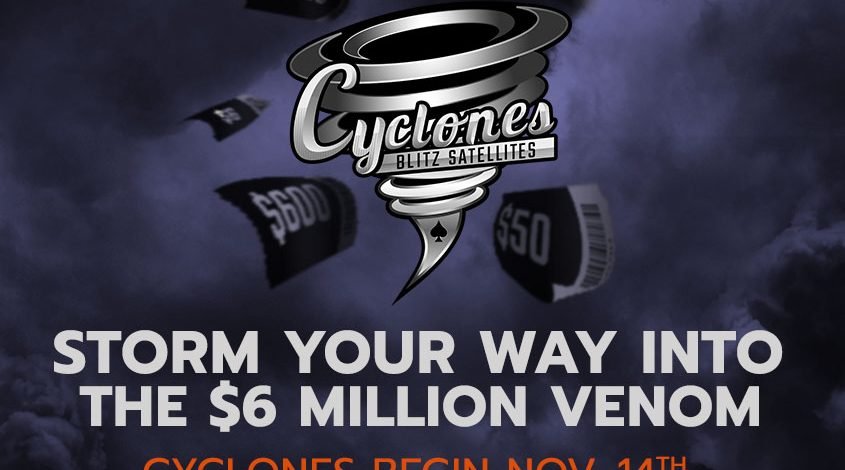 Americas Cardroom (ACR) is hosting in just a few weeks its next Venom tournament with $6 million guaranteed, and to think that the big winner will keep $1 million alone, the event is definitely getting attention from everywhere. To have a chance at playing this event, you have several ways to get in, being the simplest one which is to pay the buy-in with cash. Another option for the players that don’t have this possibility is to choose from Regular and Mega Satellites, Step Tourneys and Skip Tourneys that ACR has placed on the line. A new option is becoming more popular and it’s happening fast. Welcome to Cyclones.

The first Cyclones are about to start, and it doesn’t matter if you prefer a PC or the mobile version, it will be available for both platforms. These tournaments are slightly different, and they run as Blitz satellites, but even faster. There are 7 steps available that you can choose from, for as little as 25 cents, and you can enter whichever one you want. During the game, at the moment you accumulate 5000 chips you will be moved up to the next level automatically. In the final step, if you complete all seven steps, you will get rewarded with the $2,650 Venom seat!

Looking straight at the Cyclones, they have some interesting features including the option to leave the game at any point with the option to come back to your exact chip stack. On top of that, if you are lucky to finish the table on your last hand with over 5500 chips, you will be moved to the next level right away with 5000 chips. The other 500 chips will be used to re-seat you on the same step you are playing. In the end, you will have unlimited opportunities to win more than one Venom seat using a single Cyclone entry.

Go to Americas Cardroom for further details on the Cyclones and the $6 million Venom. 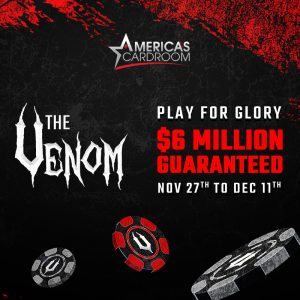 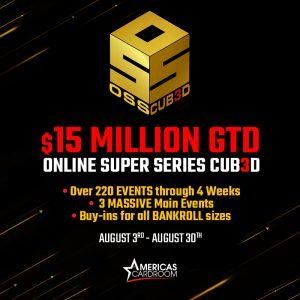